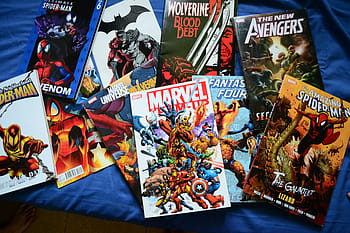 Most comic book collectors have an appreciation for the unique art form these vintage books represent. There is a wealth of information available on the internet concerning comic books, collecting comics, artists, writers and creators but, there is just no substitute for a hands-on fully illustrated comic book! Ask anyone who likes comics; you’ll see that holding a tangible, printed source is immensely more gratifying than the online equivalent. The Comic Book In America: An Illustrated History, written by Mike Benton, does an excellent job at reviewing key issues in detail and offering a comprehensive view of the evolution of comic books as an art form.

Beginning in 1934, when the first comic was introduced in the United States until today Americans have had a fascination with not only comics but, the unique comic artwork throughout the book and particularly the book art cover! There have been so many talented artists each with their own personal style and accomplishments over the years. Some of the best have received an “Eisner Award” for their creative achievement in American comic books.

As stories developed, new characters emerged, and the genres changed, comics became defined by the era in which they were published. The first era known as the Golden Age of comics, which defines comics which came out during the 30’s and 40’s. Next, beginning in the 50’s extending possibly to the 70’s are Silver Age comics which leads into the Bronze Age between the 70’s and 80’s and finally ending with the Modern Age comics from the mid 80’s to today.

The Golden Age is probably most famous for its superheroes like Superman, Batman, Captain America and Wonder Woman. Another notable comic which came out during the Golden Age was the introduction of Archie who first appeared in Pep Comics #22 in December of 1941.

During the Silver Age, The Mighty Crusaders, which was Archie Comics brief introduction of their own superheroes, came out between 1966 & 1967. This was short lived as their audience may have preferred their renowned teenage characters like Archie, Betty, Veronica, Reggie and Jughead.